Win Mortimer (1919-1998) was a Canadian comic book and comic strip artist best known as one of the major illustrators of the DC Comics superhero, Superman. He additionally drew for Marvel Comics, Gold Key Comic, and other publishers. He was a 2006 inductee into the Canadian comics creators Joe Shuster Hall of Fame. Read more about Win’s life and artwork below.
View More of Win's Art
About the Trust 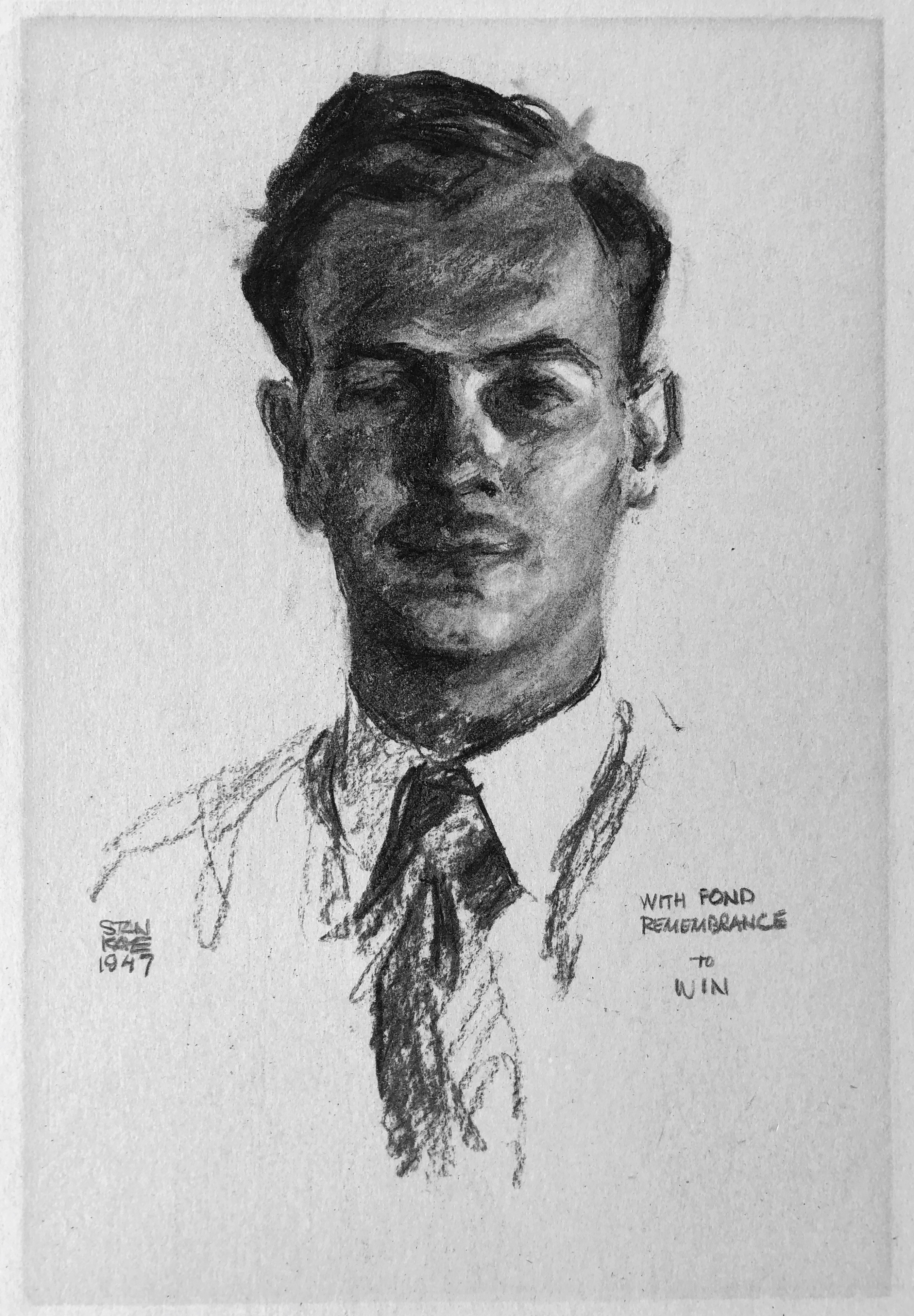 James Winslow “Win” Mortimer was born in Hamilton, Ontario, Canada in 1919. He grew up on Burris Street, south of Main and went to Stinson school, then Central. Win received his early graphics training from his father who supervised the poster department of Howell Lithograph firm in Hamilton. Win worked at the firm during summer breaks from high school. 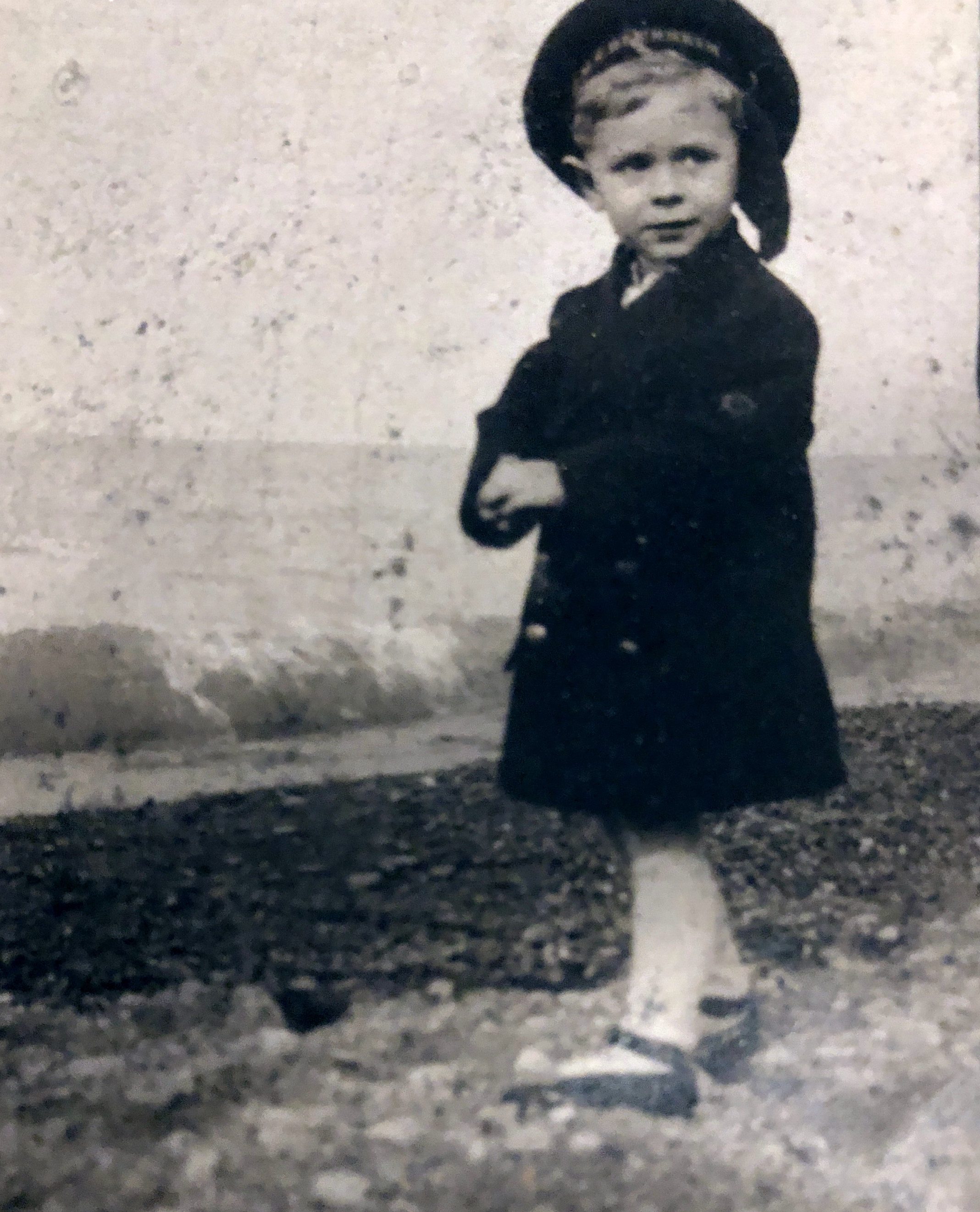 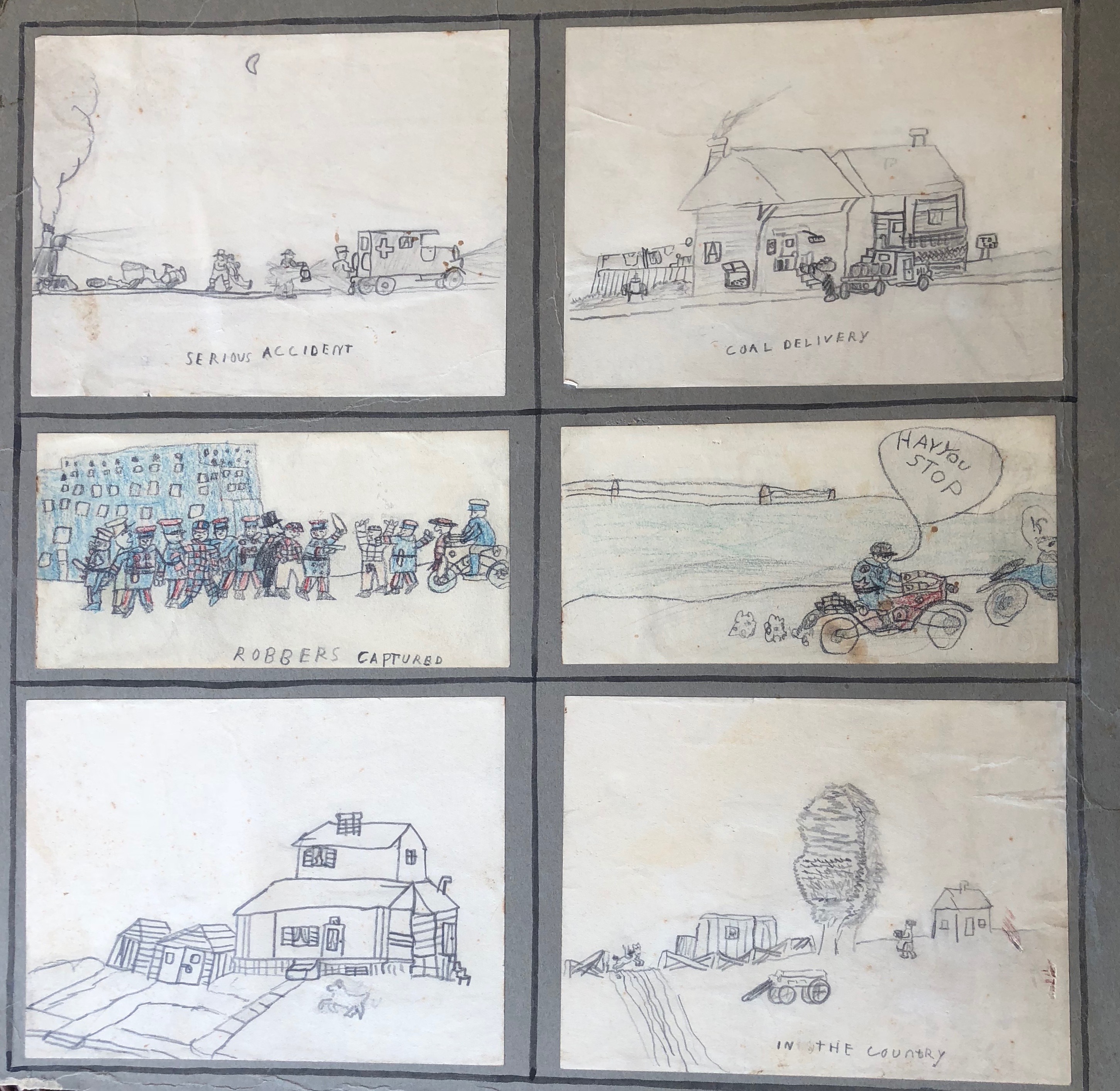 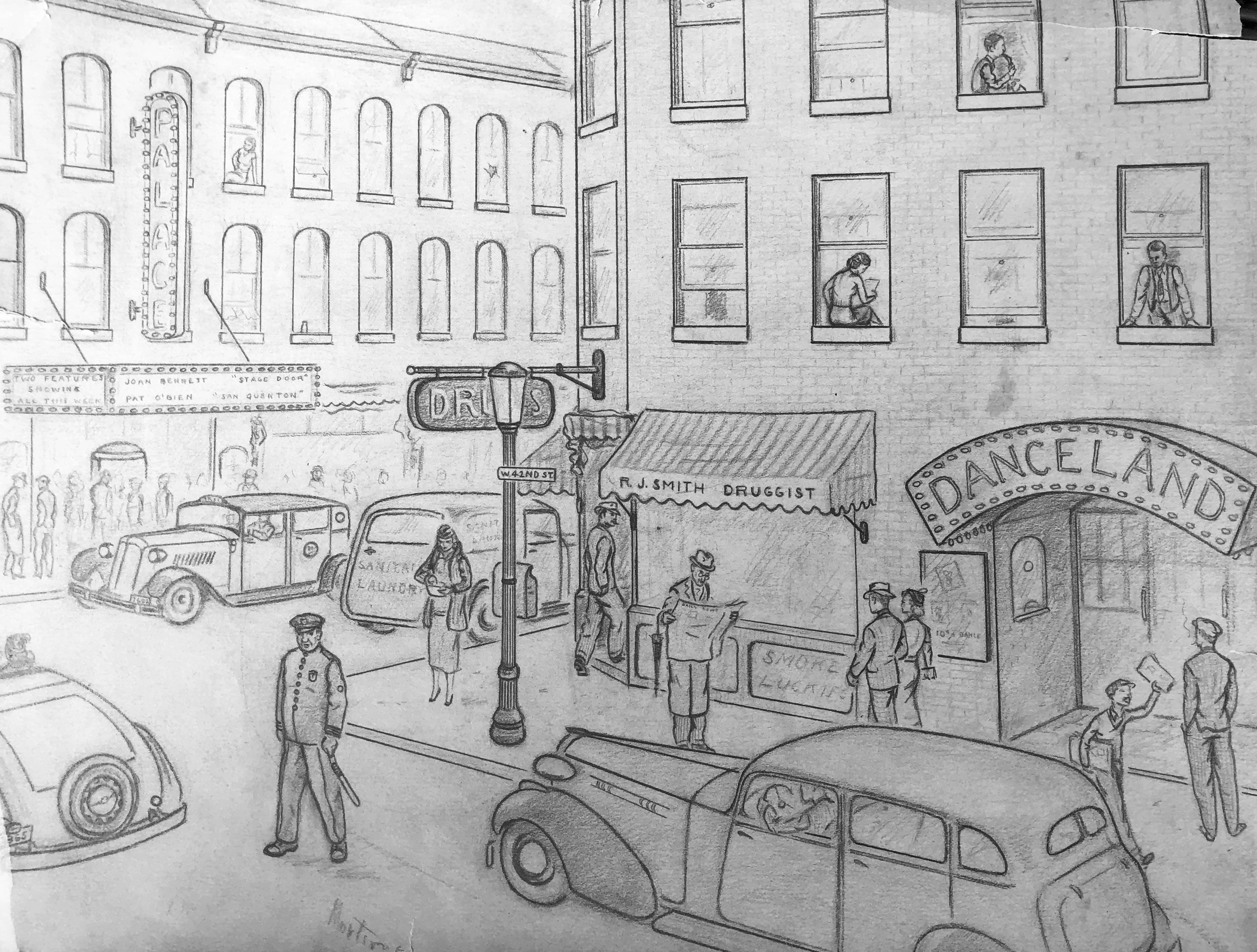 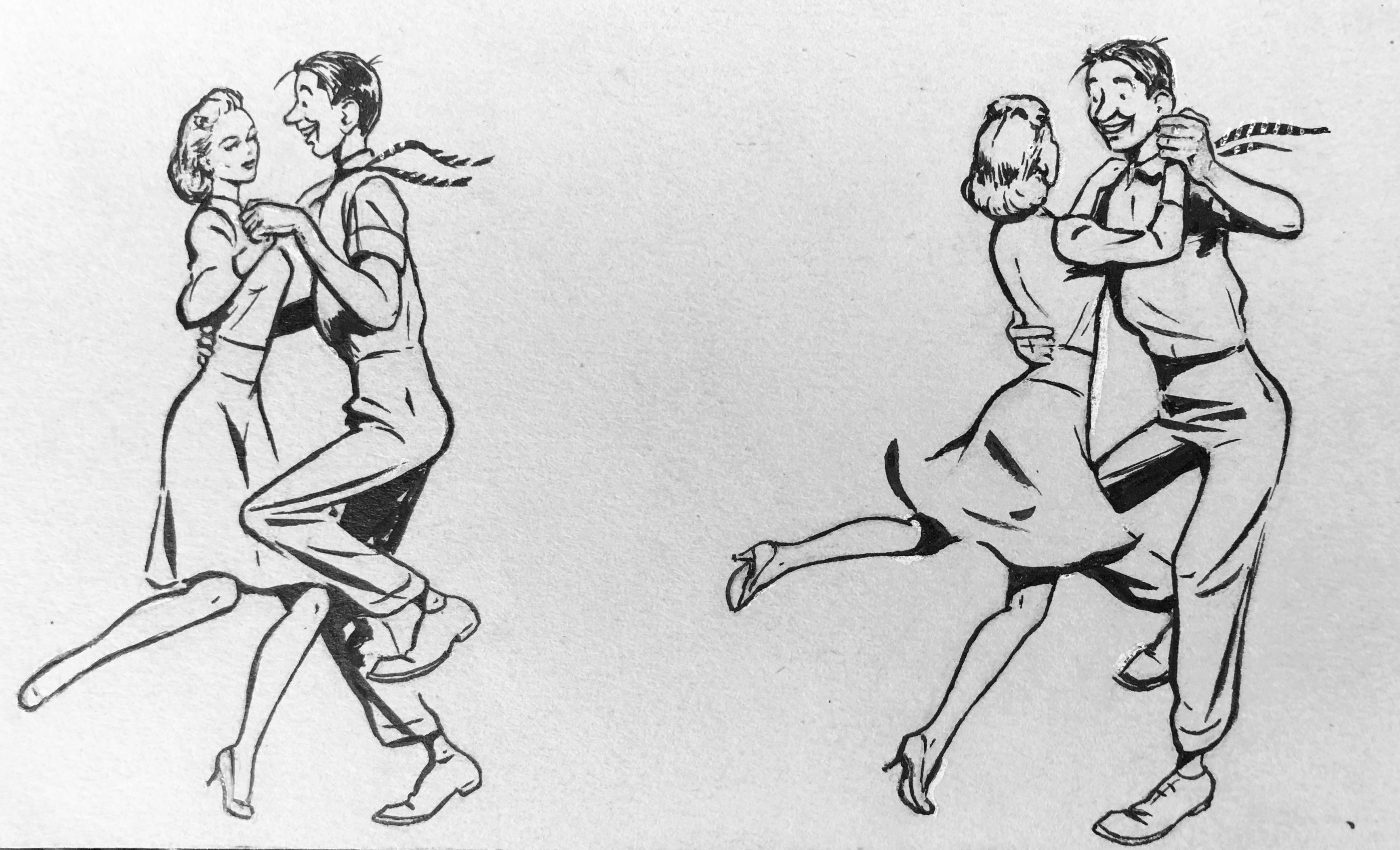 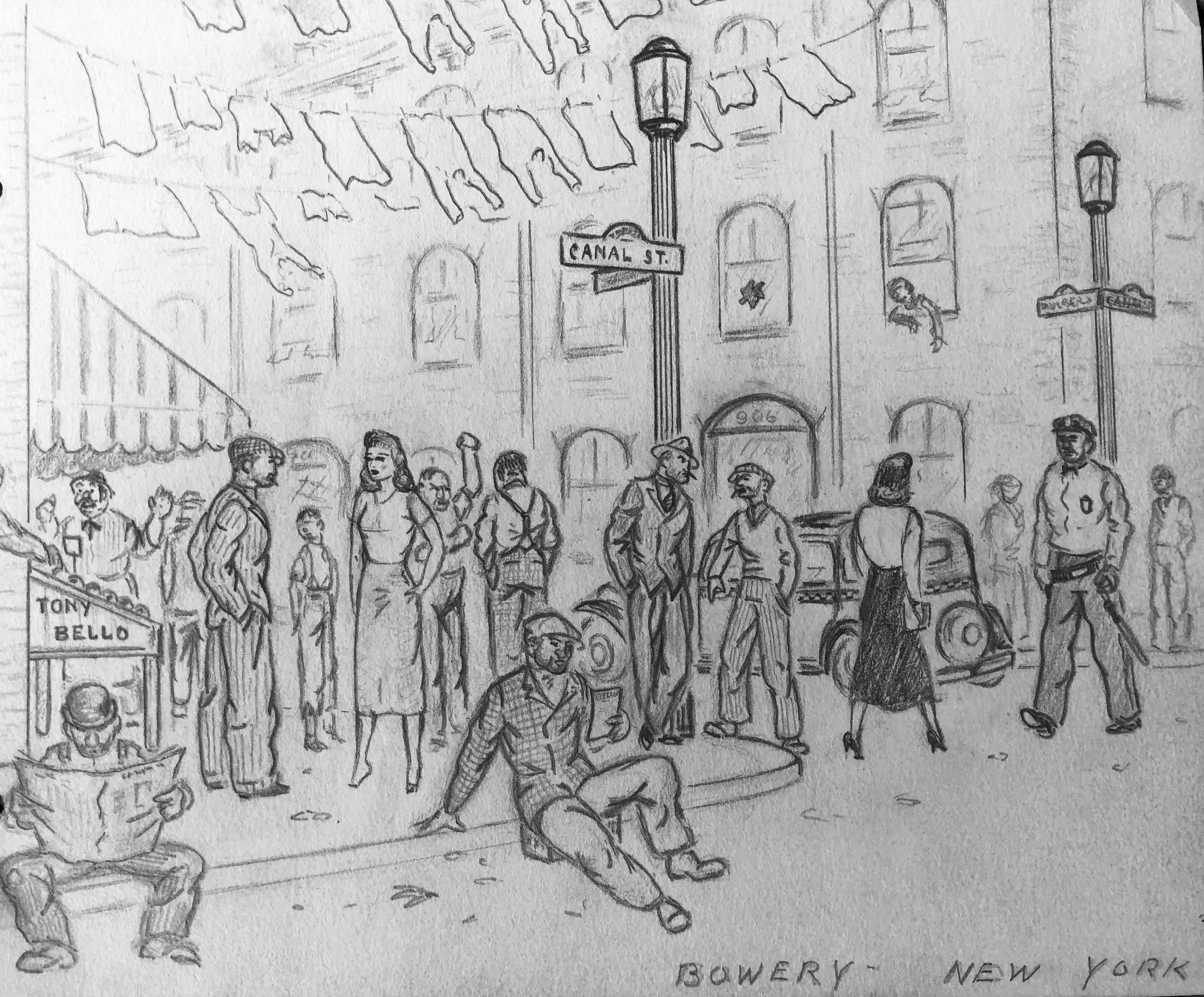 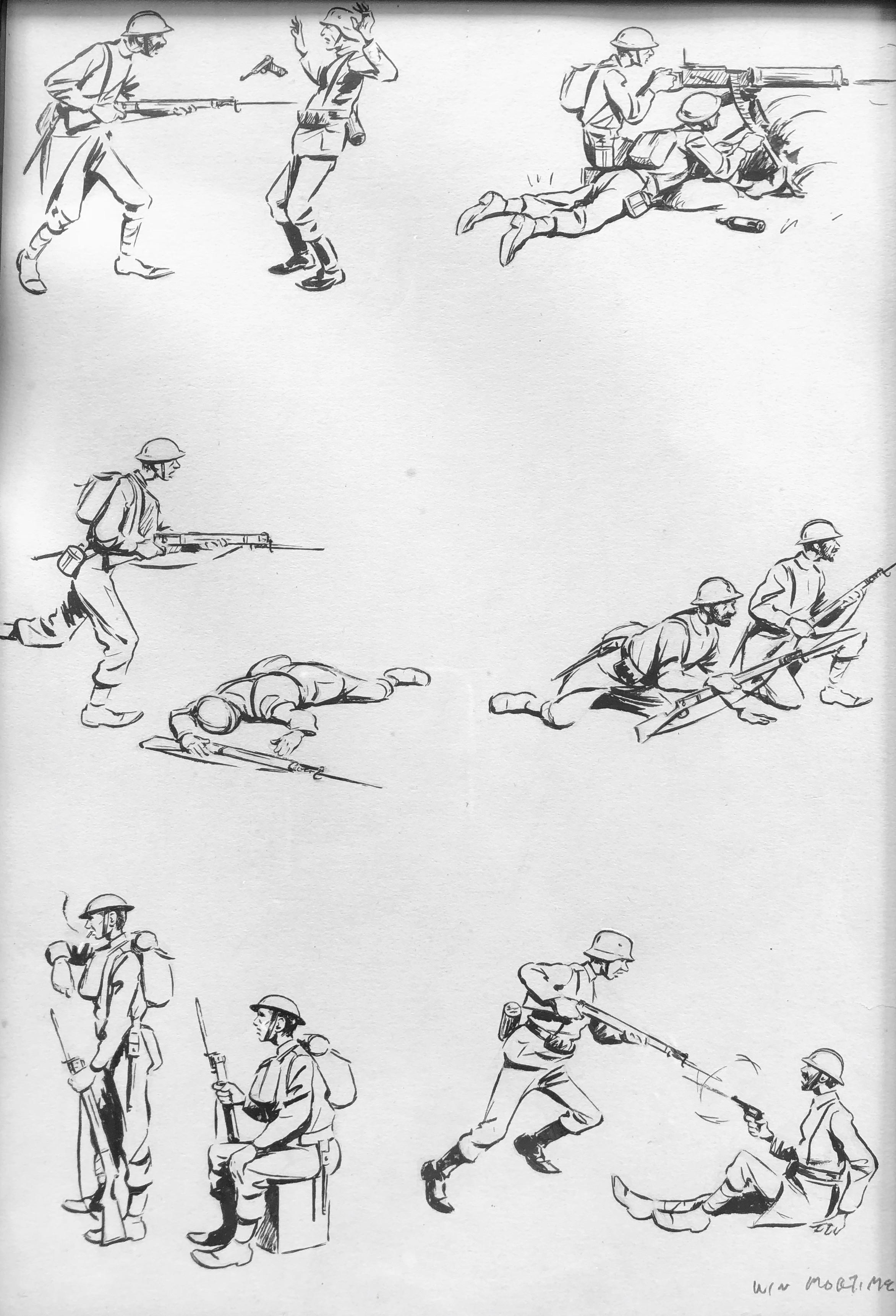 When World War Two began, he enlisted in the Canadian Army. After basic training, he was medically discharged because he was deaf in one ear. His talents were soon utilized at the big Otis Elevator plant on Victoria North. It had been converted into the largest intermediate anti-aircraft gun plant in the British Empire. Seven acres under one roof, making the big Bofors gun. It could shoot 125 rounds a minute to a height of 20,000 feet.

Win produced posters for the war effort. The message – work hard, be careful, be smart. Democracy depends on you. This was also a time where women were working in a factory setting, so he also created very effective safety posters. 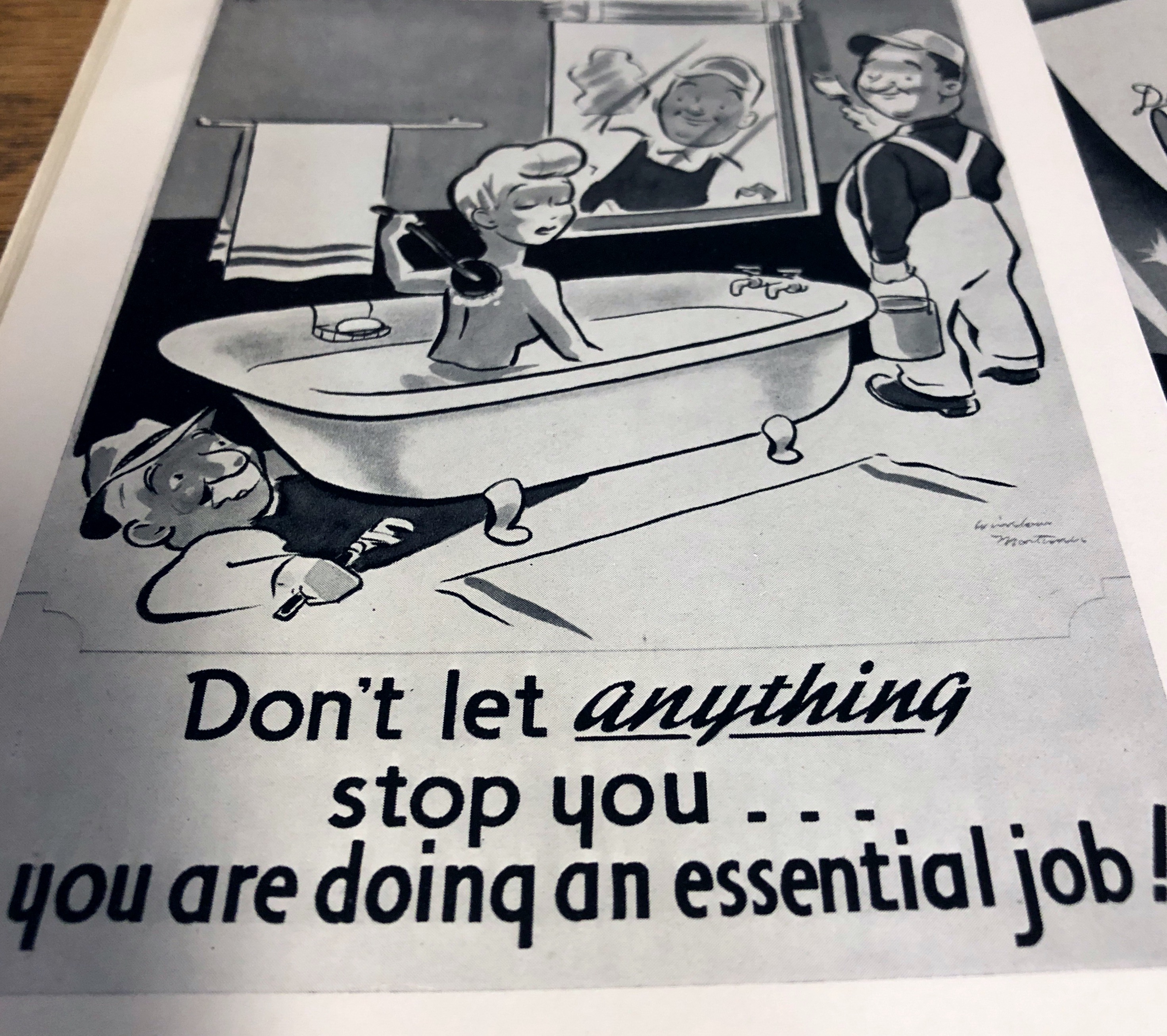 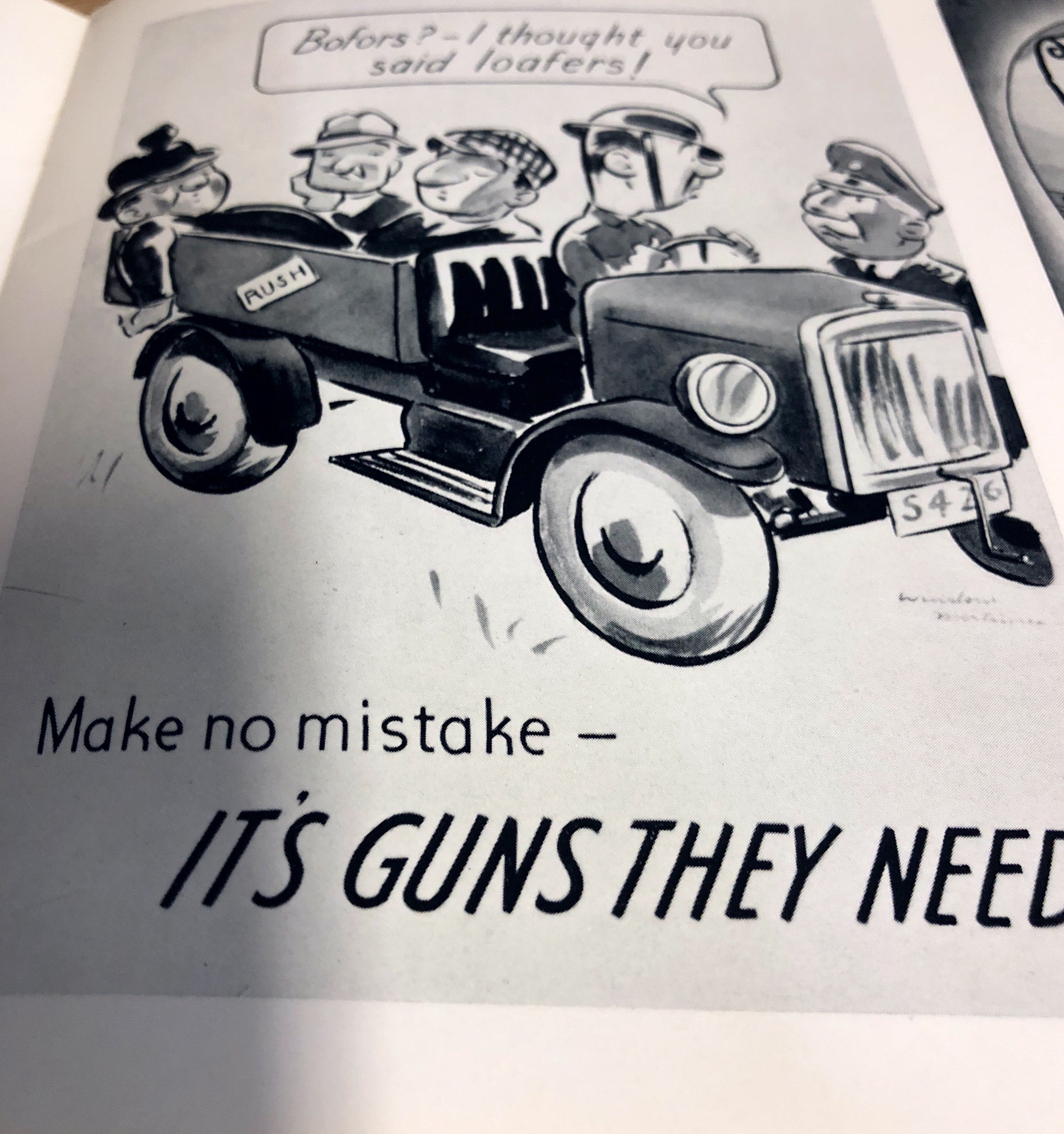 Eileen Cutting also worked at the Otis elevator company as a secretary. Win asked her to marry him on April fools day, 1942 and were married on July 18, 1942.

Eileen was an incredible individual. Answering all of Win’s fan mail, raising three children (Carole, Patricia, and Jim) and living life to the fullest. She past away in 2018 at age 95, still taking care of everything in her household. Her means to longevity – keep a positive mental outlook, stay busy and have a few laughs at the end of the day. 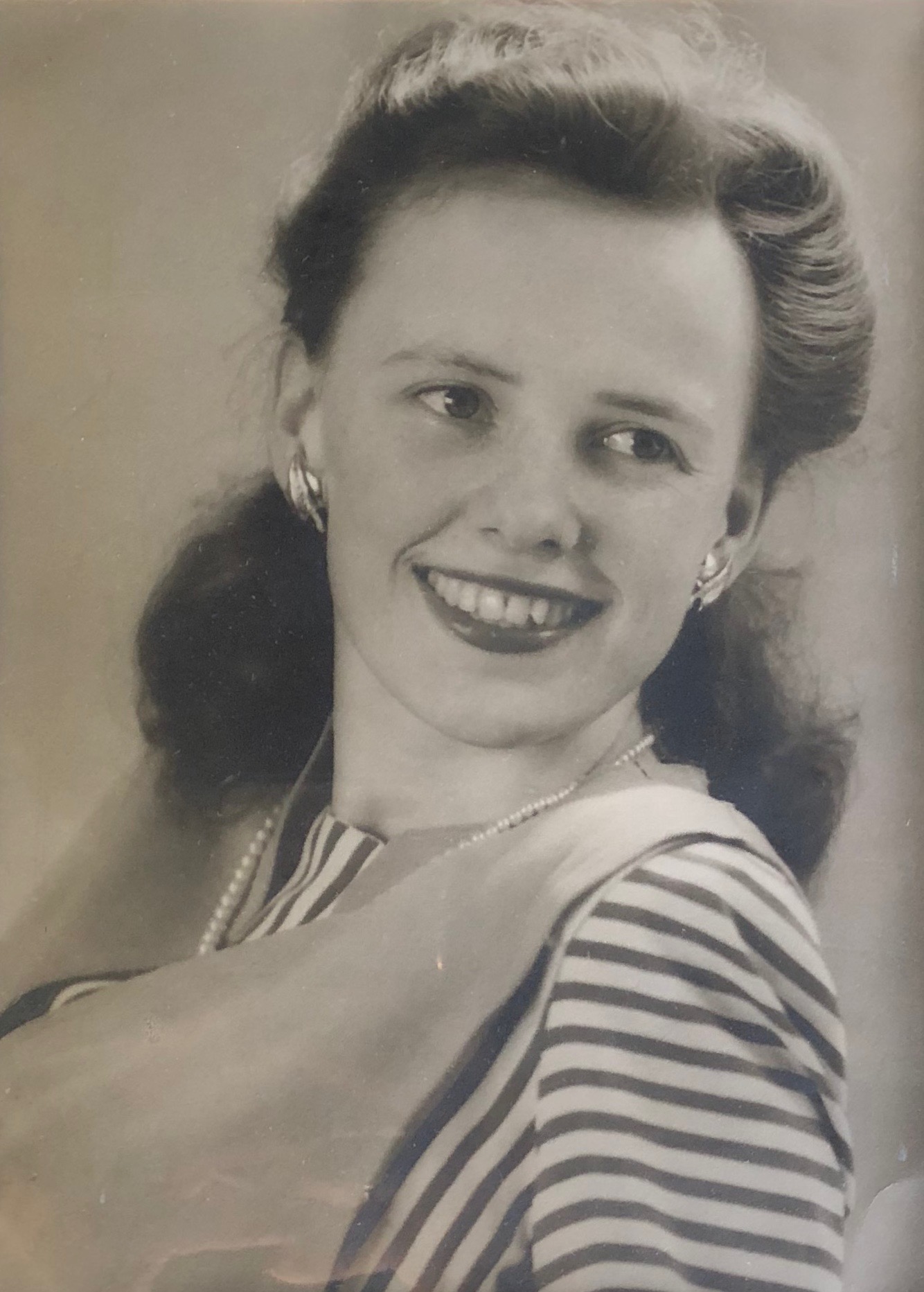 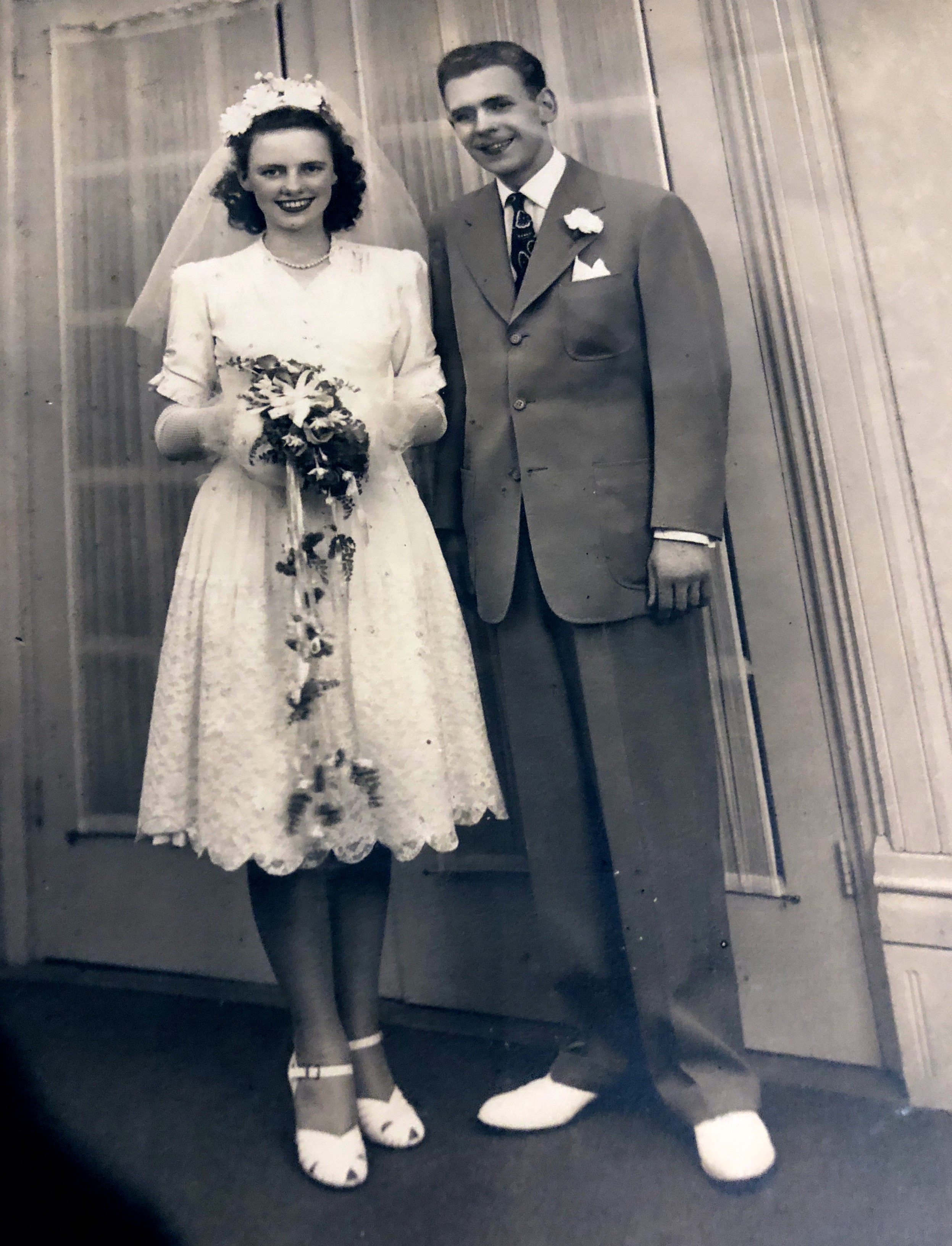 Win and Eileen on their wedding day 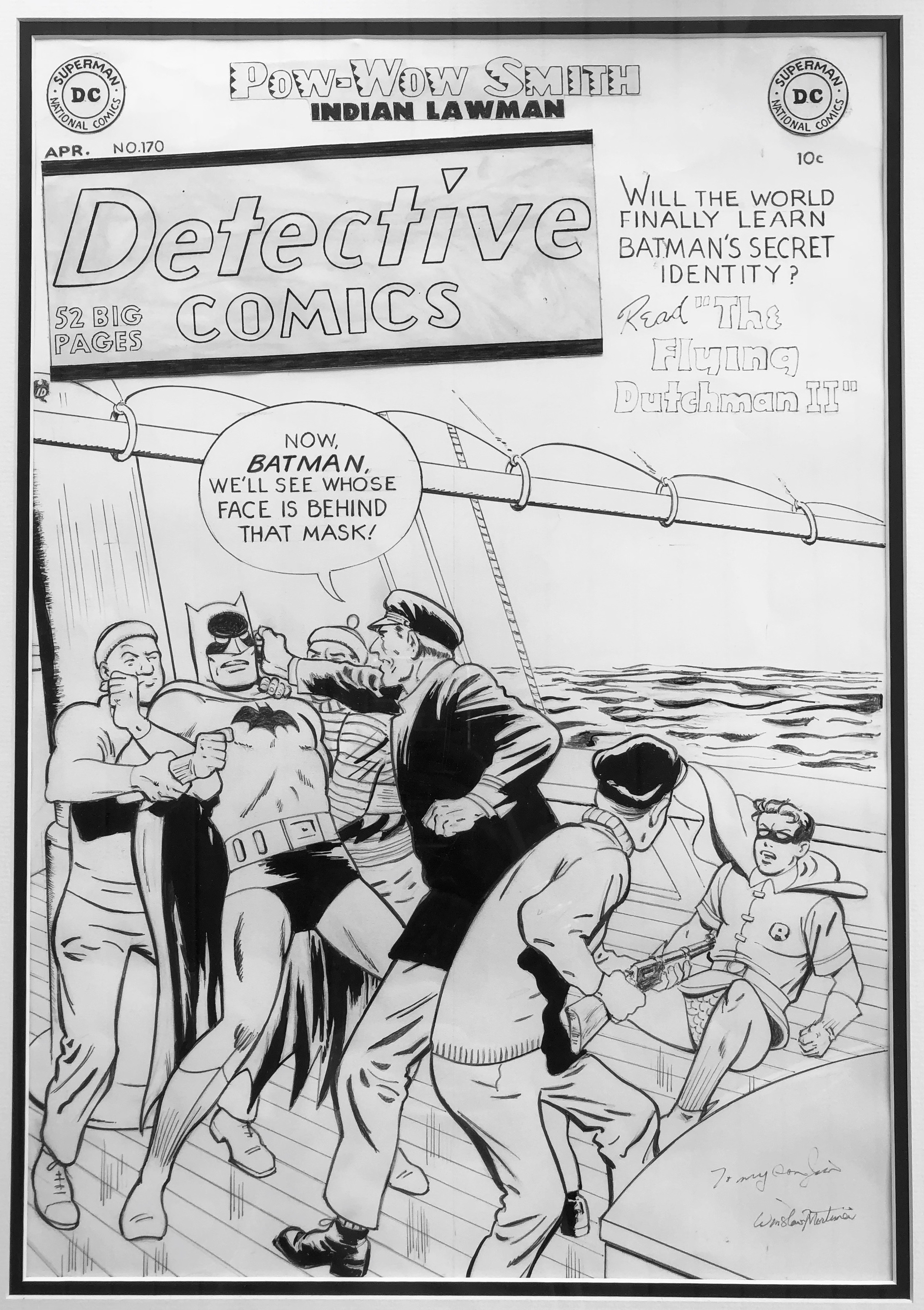 At the end of the war, many soldiers returned home, and Win found jobs difficult to come by. He wrote to several editors in New York and got a response from DC comics. The story goes that he got off on the wrong floor at DC and had an impromptu meeting with Jack Schiff, an editor at DC comics, he was hired and immediately assigned to the “bull pen” working on a number of stories for World’s Finest and Batman comics. He quickly became a cover artist for comics featuring Superman, Superboy and Batman.[2] His first known comics work is as the penciler and inker of the 12-page lead Batman story, “The Batman Goes Broke” by writer Don Cameron, in Detective Comics #105 (Nov. 1945); contractually credited to Bob Kane, it is also signed “Mortimer.”[3] The introduction of Batman’s Batboat in Detective Comics #110 (April 1946) was another Cameron/Mortimer collaboration.[4] Mortimer launched a Robin feature in Star-Spangled Comics #65 (Feb. 1947).[5] 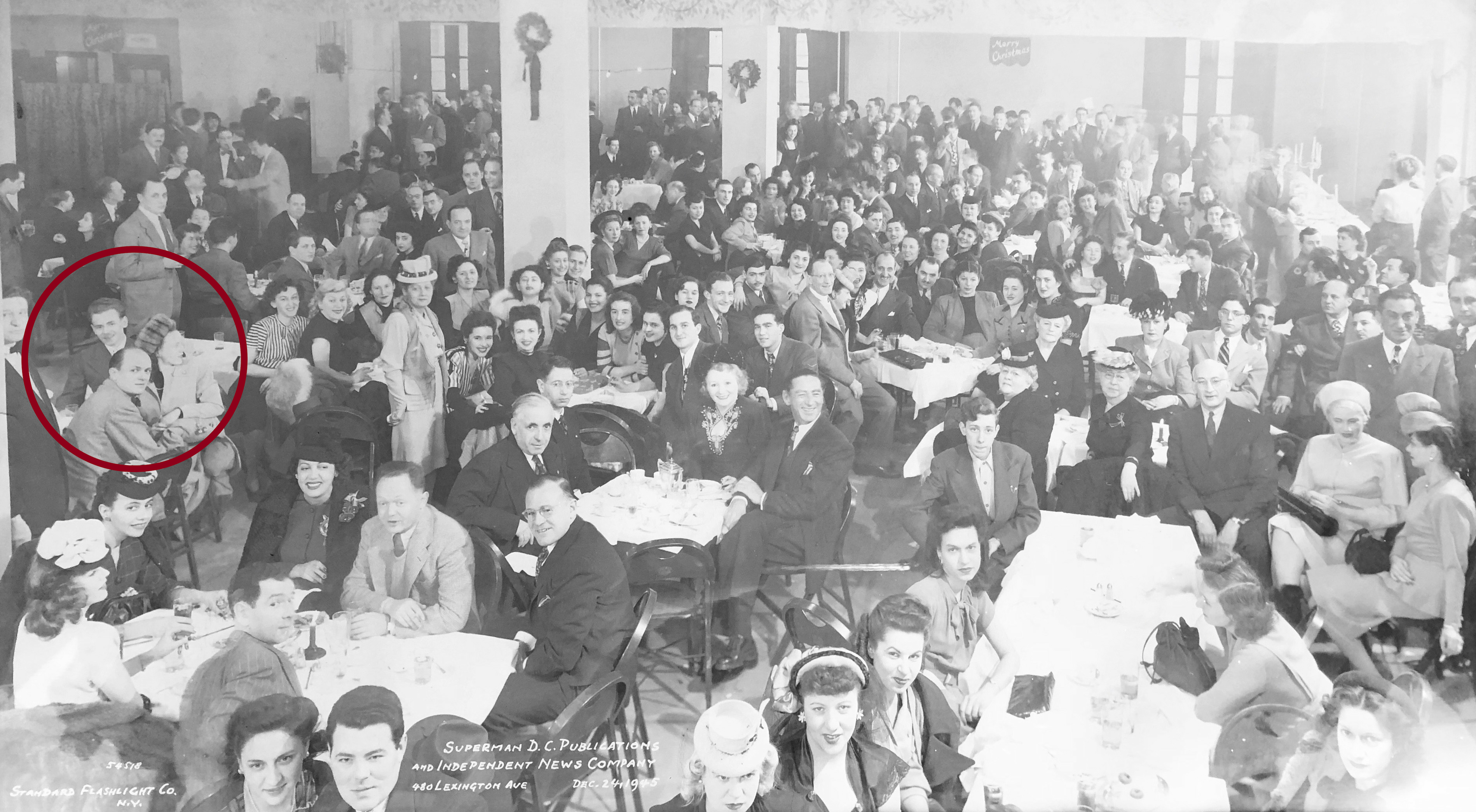 Win and Eileen at the Superman DC Publications dinner, December 24, 1945

In general, Win Mortimer both penciled and inked his own work. However, in 1946, Mortimer inked two sequences of the Batman and Robin Sunday newspaper strip over the pencils of Jack Burnley: Catwoman’s Grasshopper Chase (April 28-June 16. 1946) and Half Man-Half Monster (June 23-August 18, 1946), a Two-Face story. Mortimer recalled that Burney’s pencils were extremely “clean and precise”.

Past producing an amazing number of cover drawings, Mortimer is best remembered for two things. First, while Wayne Boring and Jack produced the Sunday versions of the Superman strip from 1940-1966, Win Mortimer penciled and inked essentially all of the Superman dailies from 1949-1955 producing some critically acclaimed story sequences, not to mention some outstanding artwork. It is sad that this material is difficult to find, and to date has never been reprinted. Mortimer also produced the “Superman Time Capsule”, a highly prized comic-book giveaway found in Kellogg’s Sugar Smacks in 1955.

The second achievement of Mortimer’s tenure at DC was less conspicuous. Jack Schiff’s pet project was a series of one-page public service announcements that he hoped would be read by young comics readers and serve to give a wholesome message. Schiff worked with the National Social Welfare Assembly, a group of psychologists and educators from several organizations, including Nobel Prize winner Pearl Buck, to produce a page which appeared every month in over thirty magazines from 1949 into the 1960’s. After delivering his assignment of Superman Daily strips to Schiff, Mortimer was often asked if he might be able to do a single page and produced a large body of work for this project featuring Superman, Superboy, Green Arrow, Tomahawk, and Batman to name just a few. The topics varied from racism to doing chores around the house, traffic safety and study tips. The pages were requested by schools and civic organizations by the thousands and DC printed them and sent them out in a conscious effort to be a good citizen at a time when, as then-publisher Jack Liebowitz said, “a lot of people came into the [comics industry] who didn’t have any standards at all.” 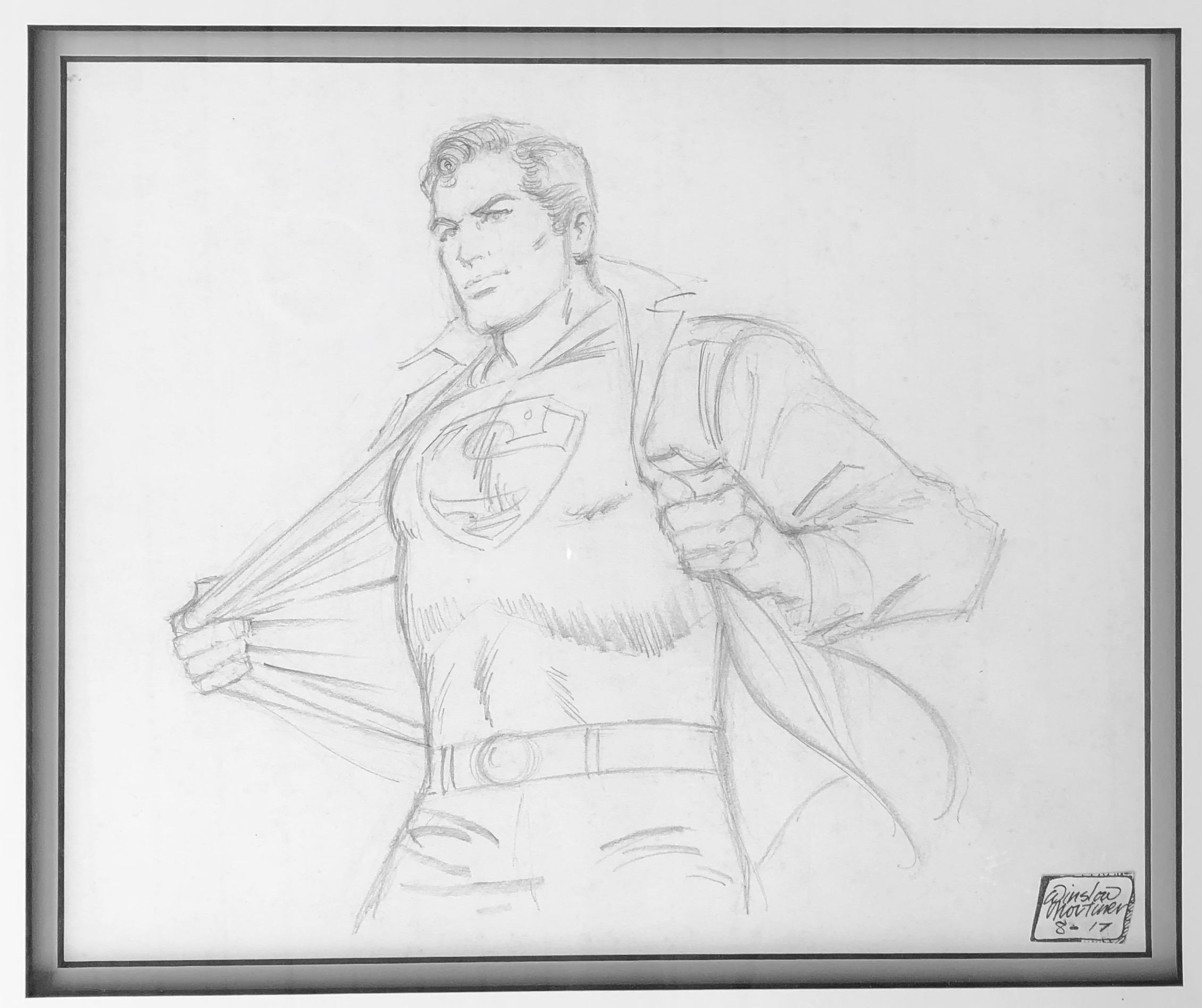 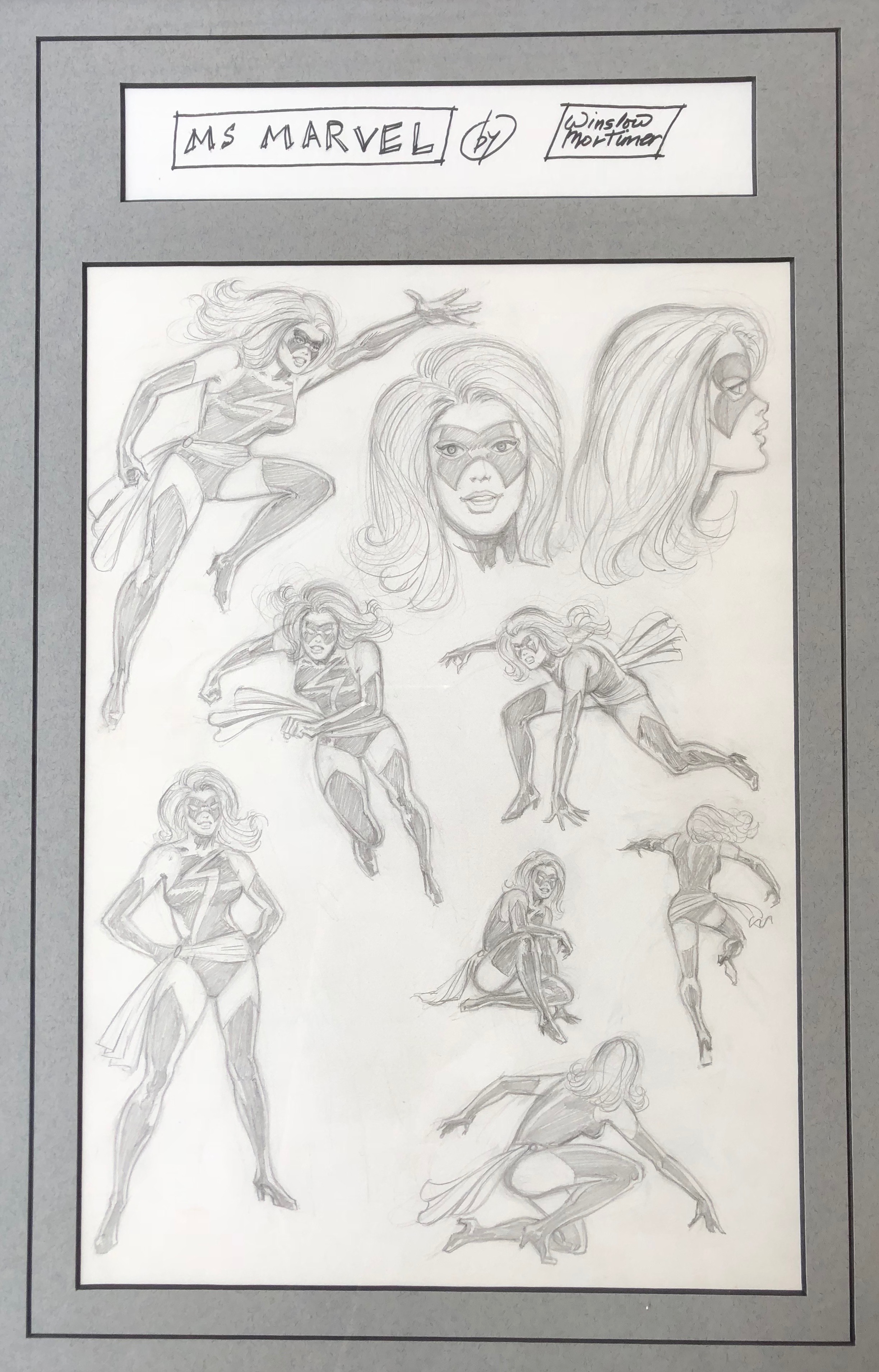 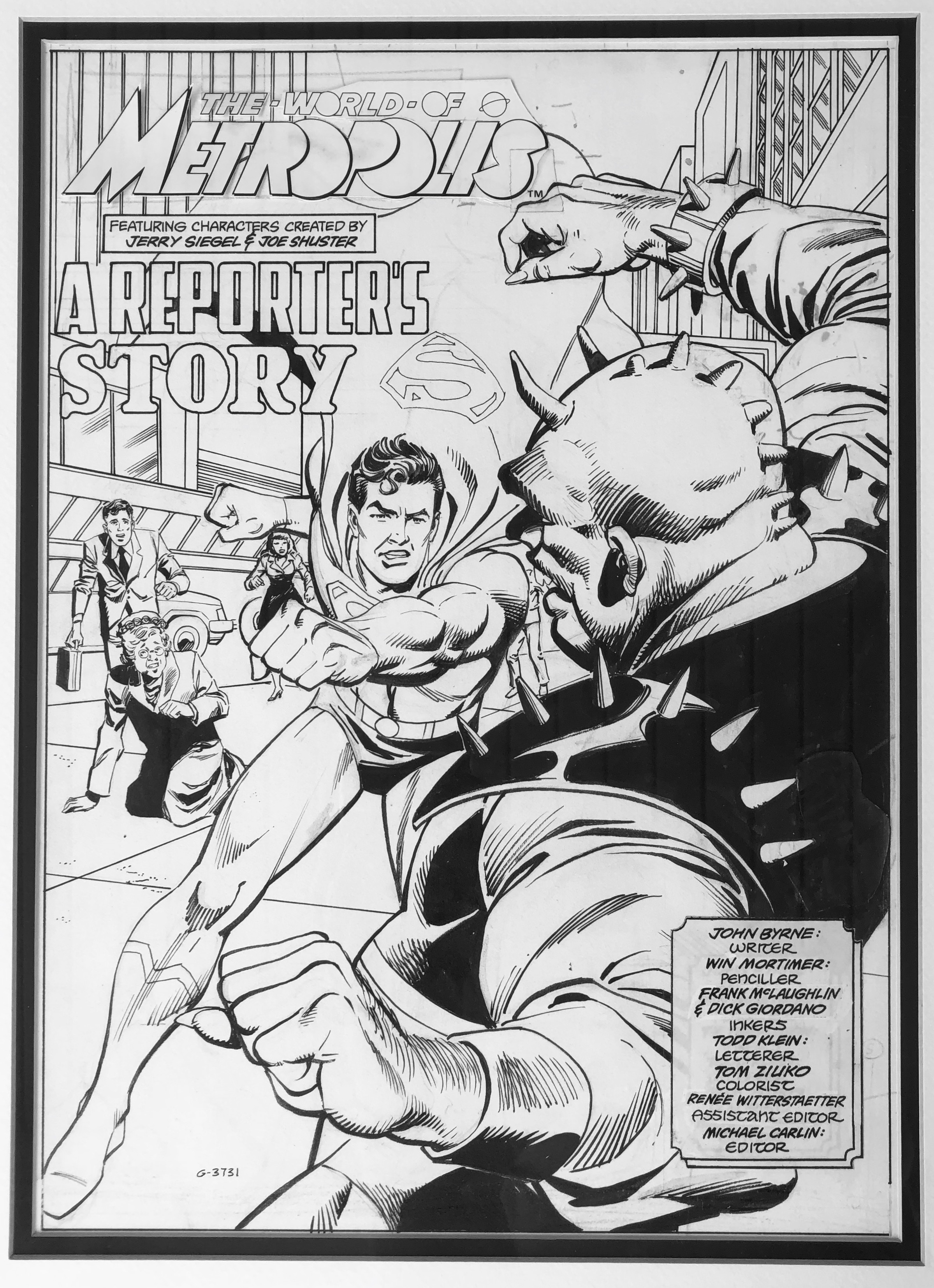 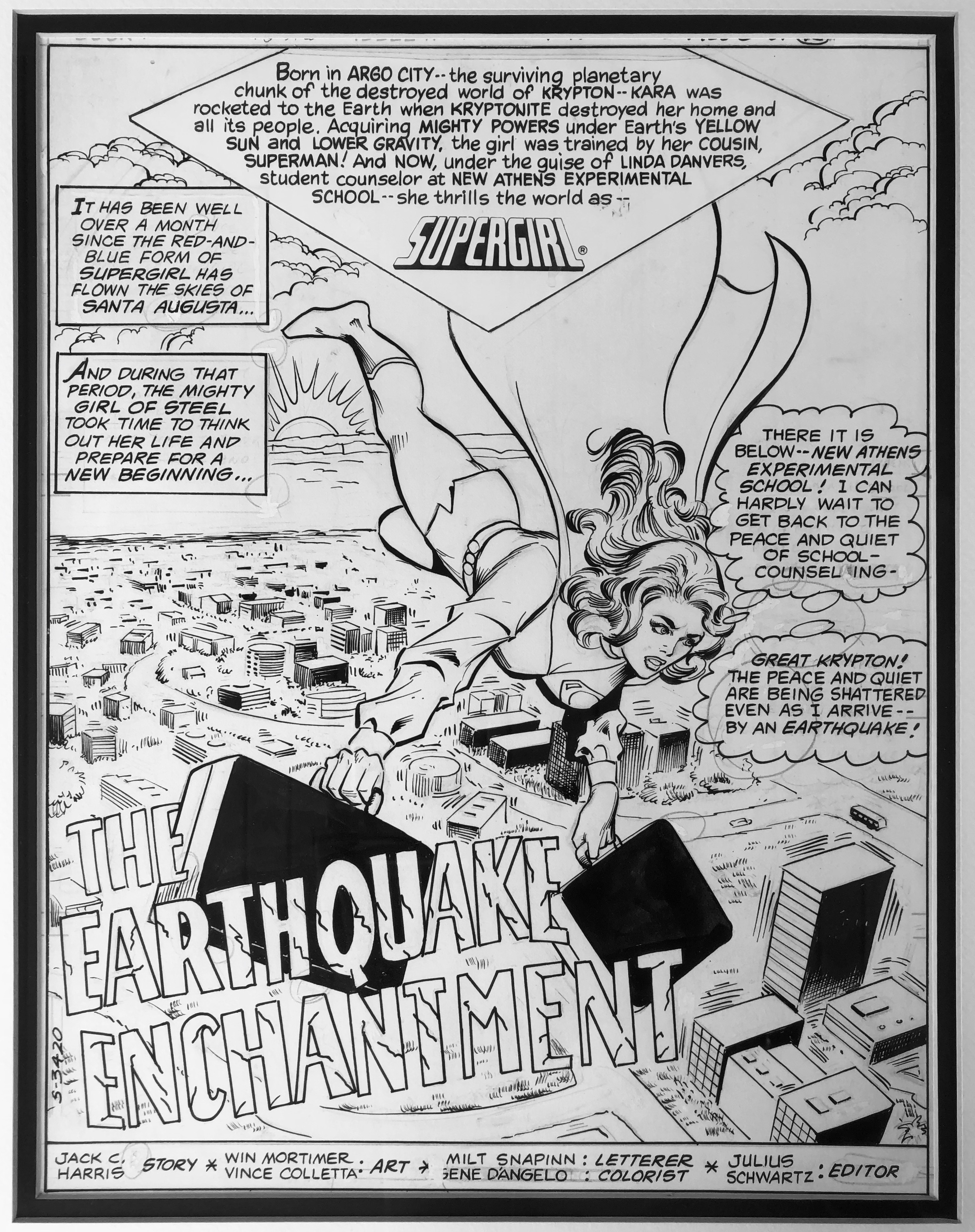 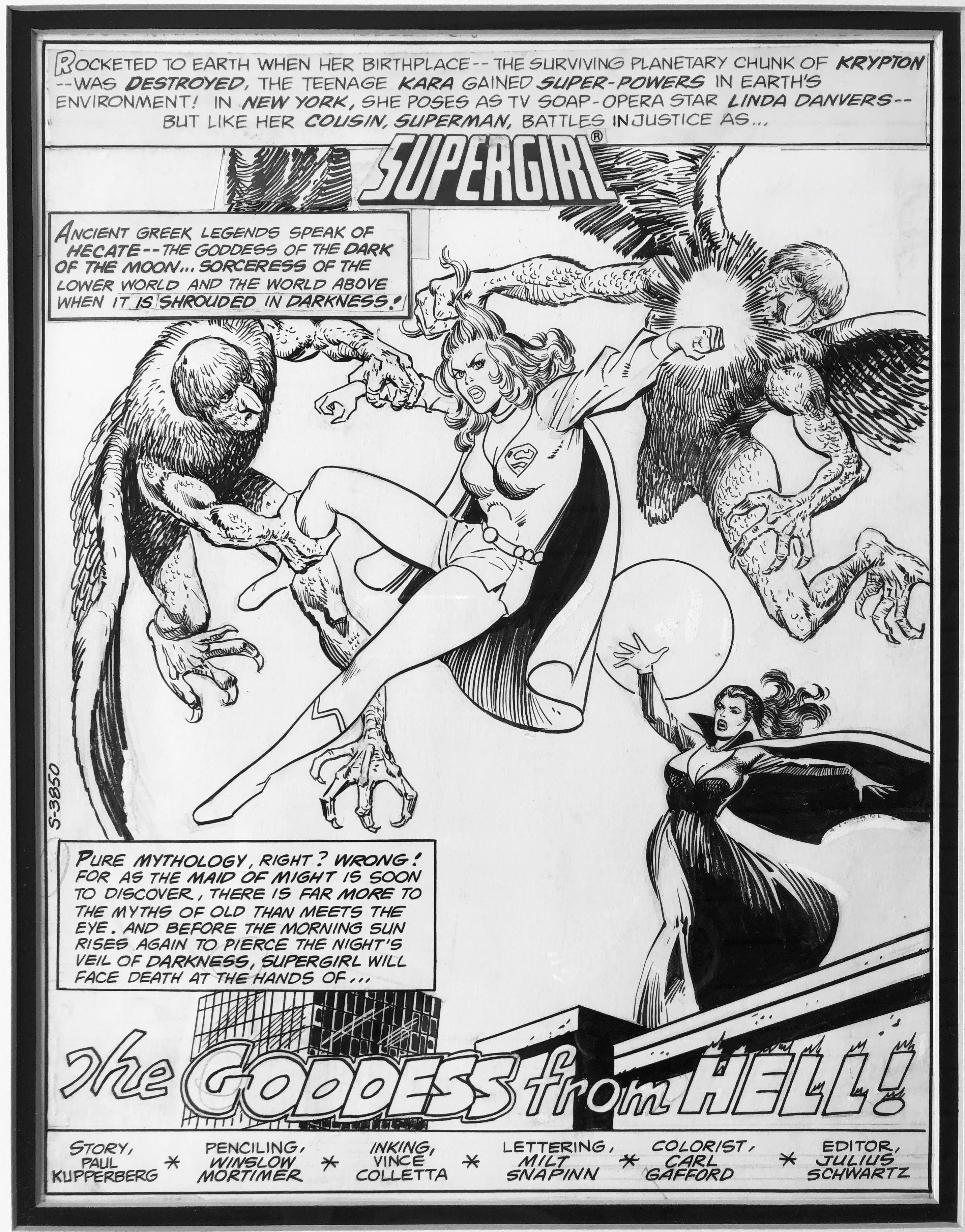 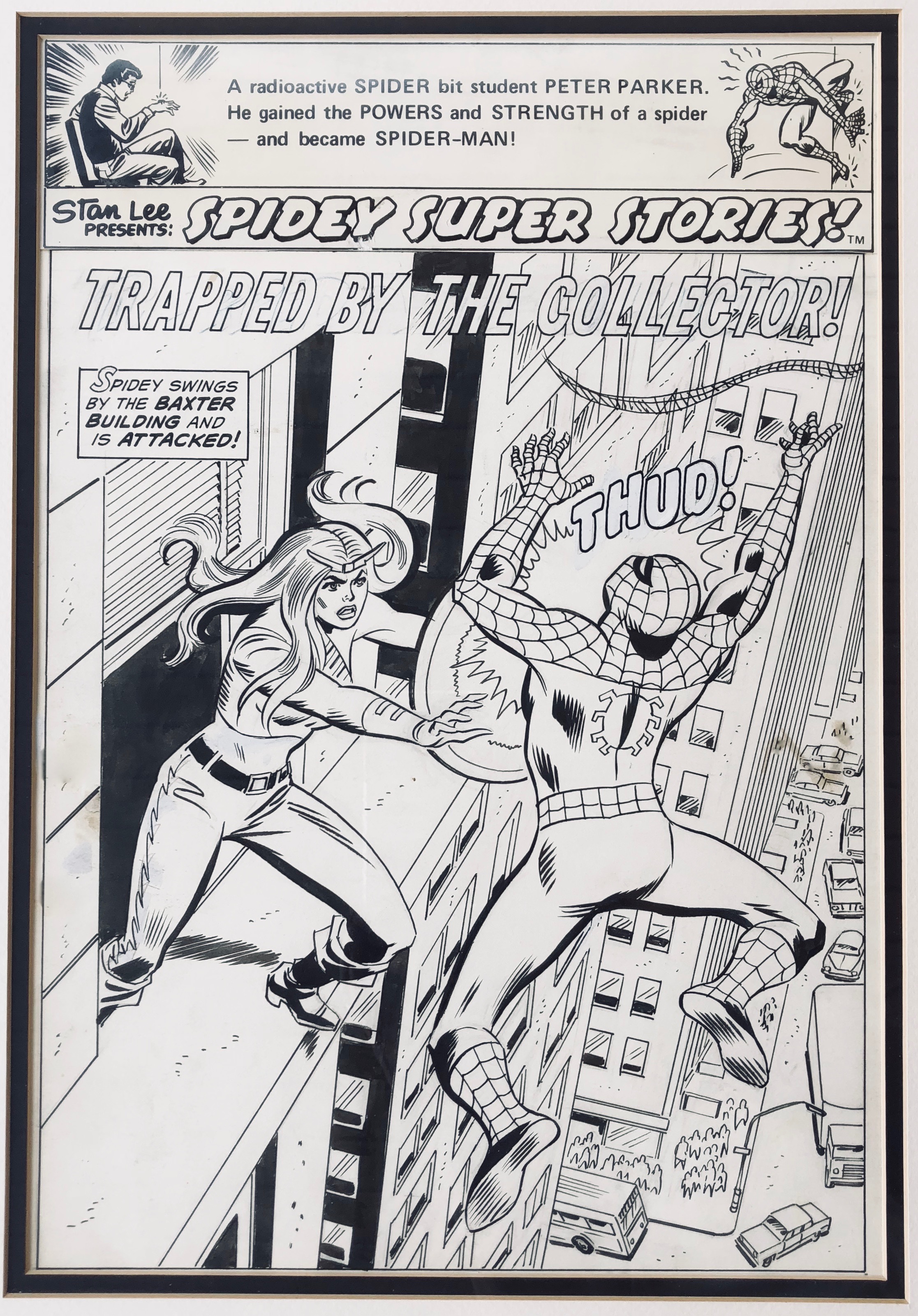 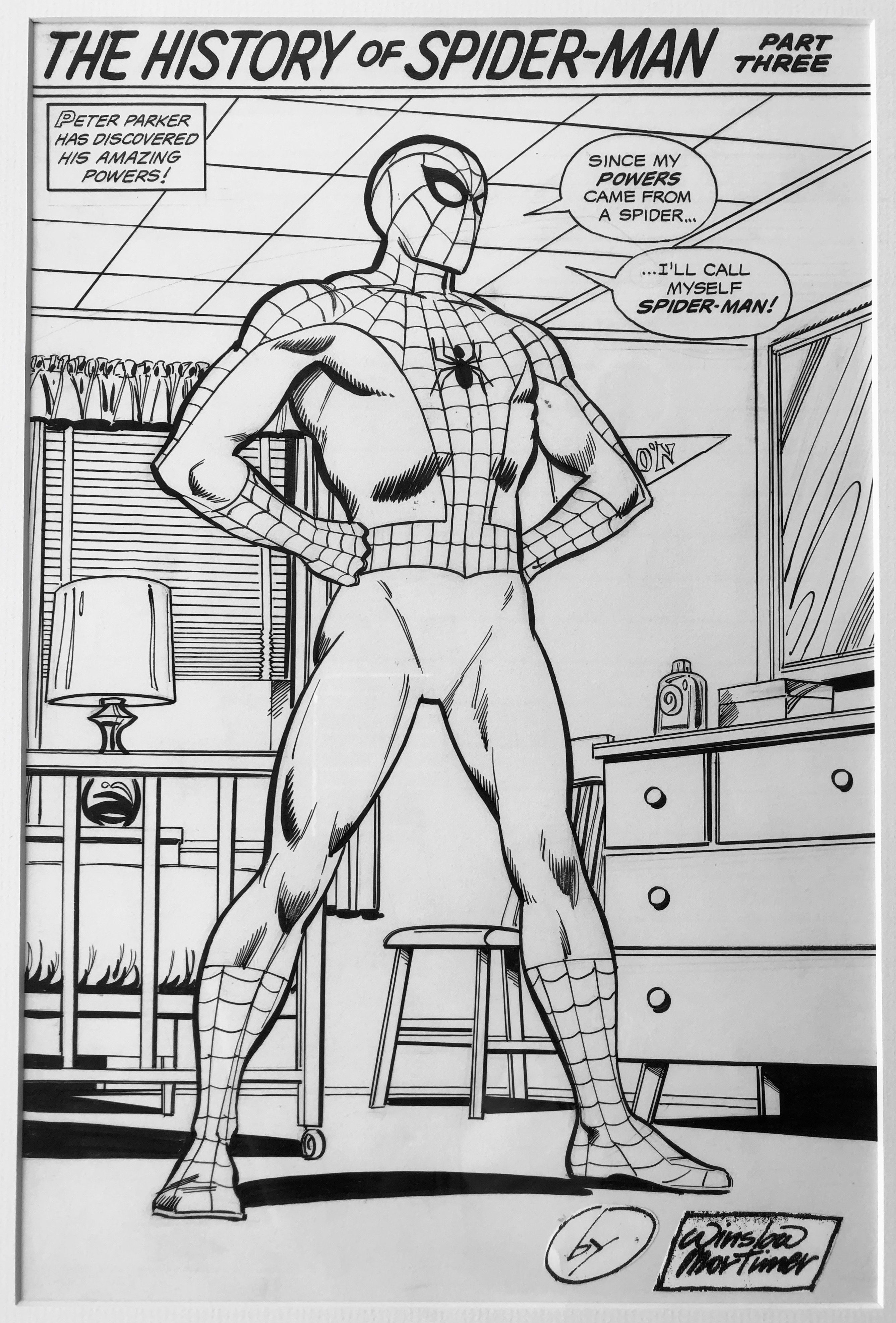 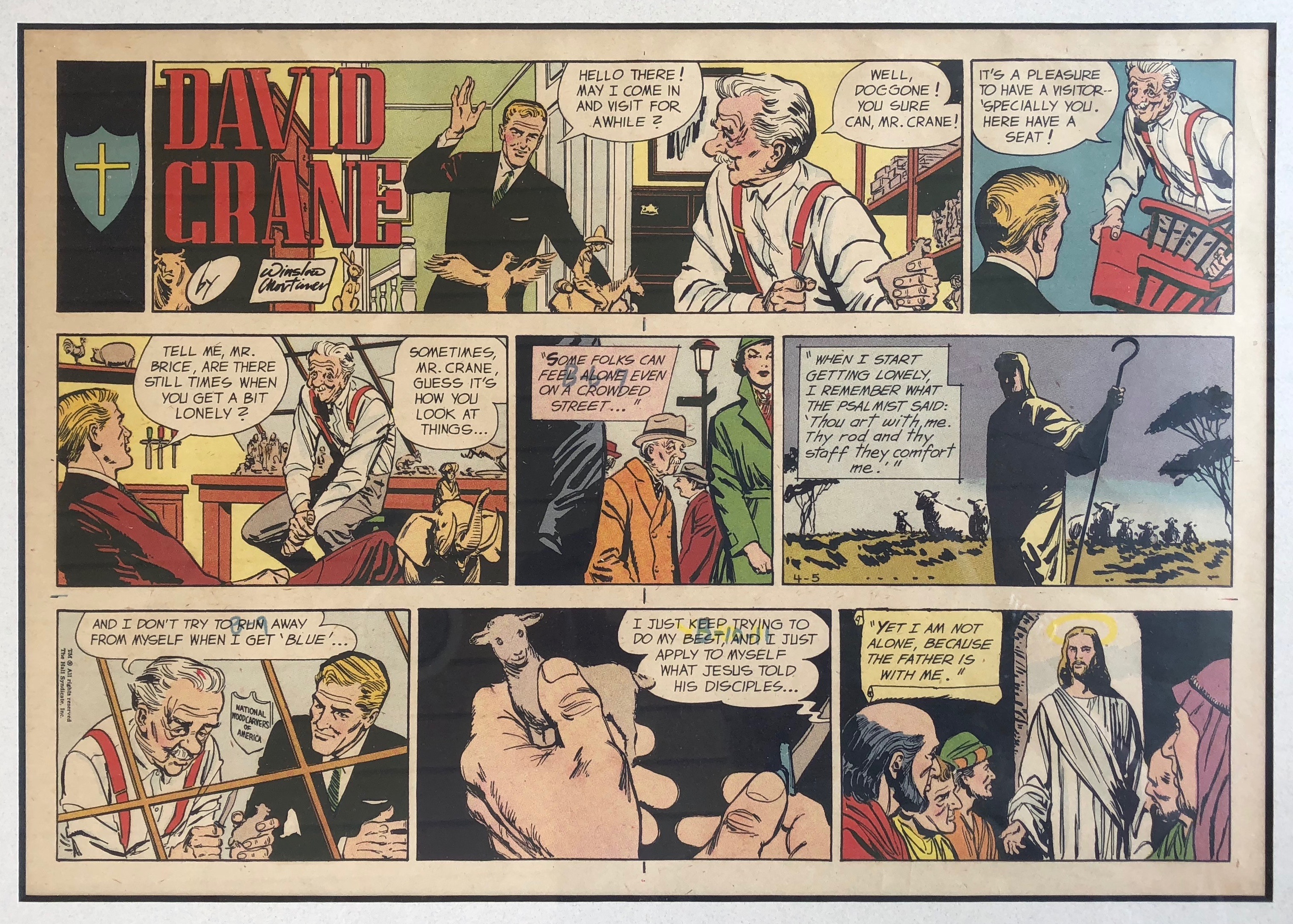 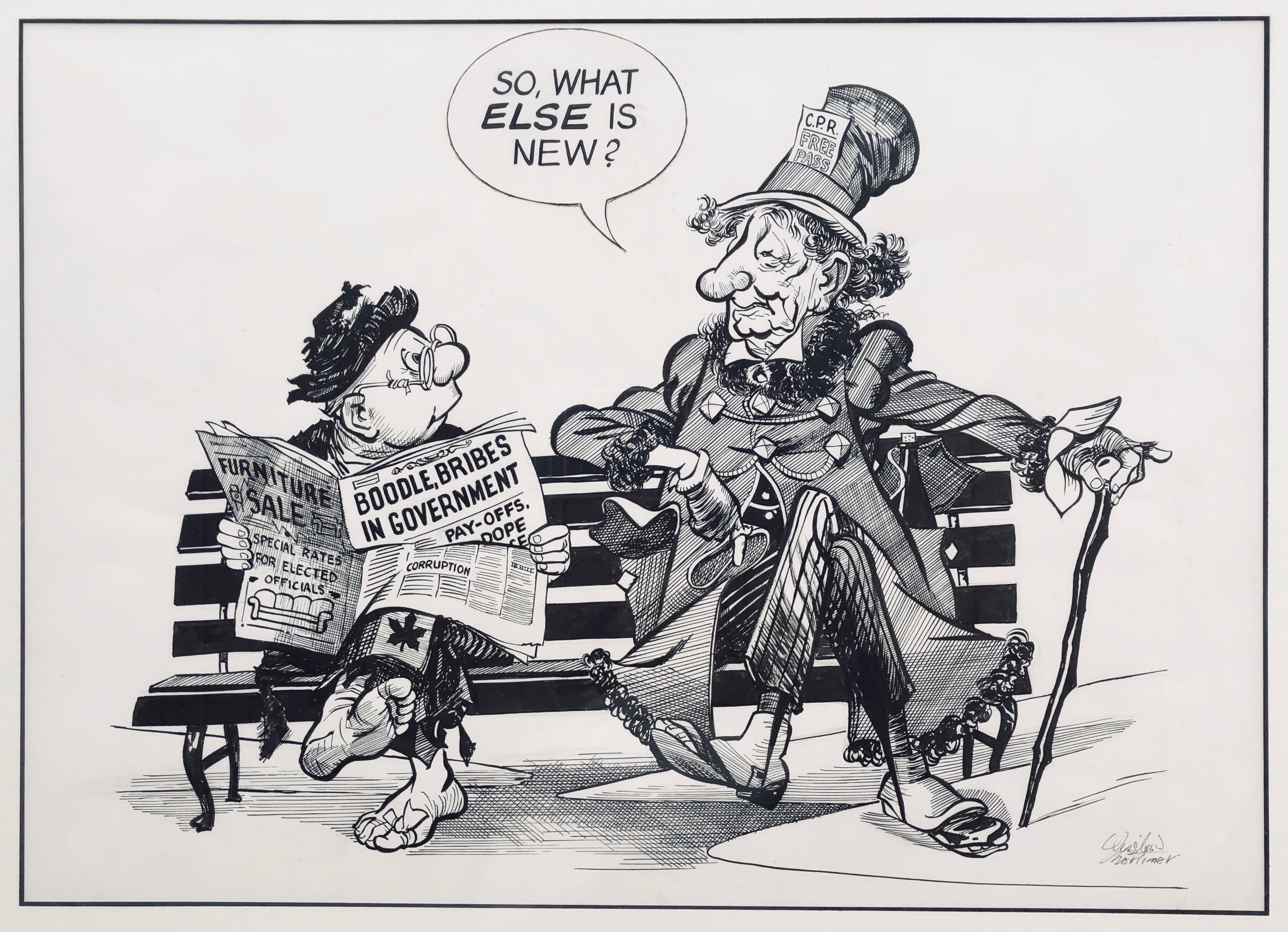 From Superheros to Man of the Cloth

Win Mortimer left DC Comics in 1956, creating David Crane, a daily newspaper strip published by the Prentice-Hall Syndicate. It was about a young minister and his wife trying to build up a broken-down parish in the country. He worked on this strip until 1960, then taking on Larry Bannon, a mystery adventure strip, published by the Toronto Star Syndicate, from 1961-68. From 1968, Mortimer worked in and out of the comic book field. Out of the field, Mortimer produced a great deal of commercial art.

Within the comic’s field, Mortimer produced work for DC, Marvel and Gold Key from 1968-1983. During that time, he showed an amazing versatility, handling a diversity of strips: from “funny strips” like Stanley & His Monster (Brave and Bold #64 and 69), Scooter, Binky, Jerry Lewis and Dean Martin and Fat Albert, to hero strips like Supergirl (Adventure Comics), Lois Lane, the Legion of Superheroes (Action and Adventure Comics), and Spiderman, to horror and mystery stories like Boris Karloff’s Tales of Mystery, The Twilight Zone, Ripley’s Believe It or Not, Frankenstein and Supernatural Thrillers. 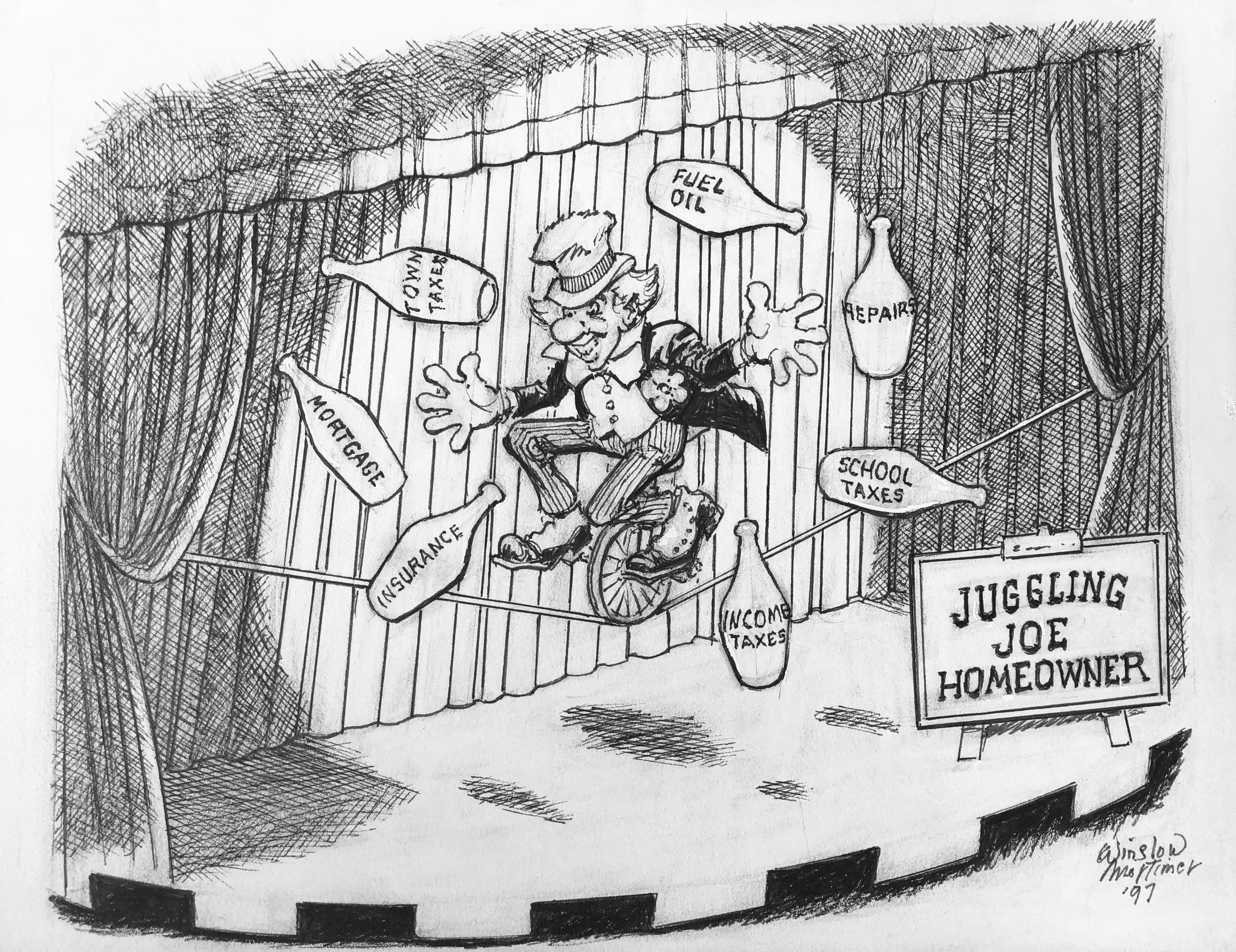 On Sunday, January 11, 1998, Win Mortimer passed following a six-month battle with cancer. Even Superman could not help him defeat this illness. Still, Win worked at his craft every day right up until his death.

He was a 2006 inductee into the Canadian comics creators Joe Shuster Hall of Fame.

For those that knew Win, they will miss his dedication, his sense of humor and his zeal for life. After hearing of Win’s death, Neal Adams put it very succinctly when he said,

“Win fit his work into his life. He had a family, a home and made contributions to his community. He was an ideal for other artists to pay attention to.” 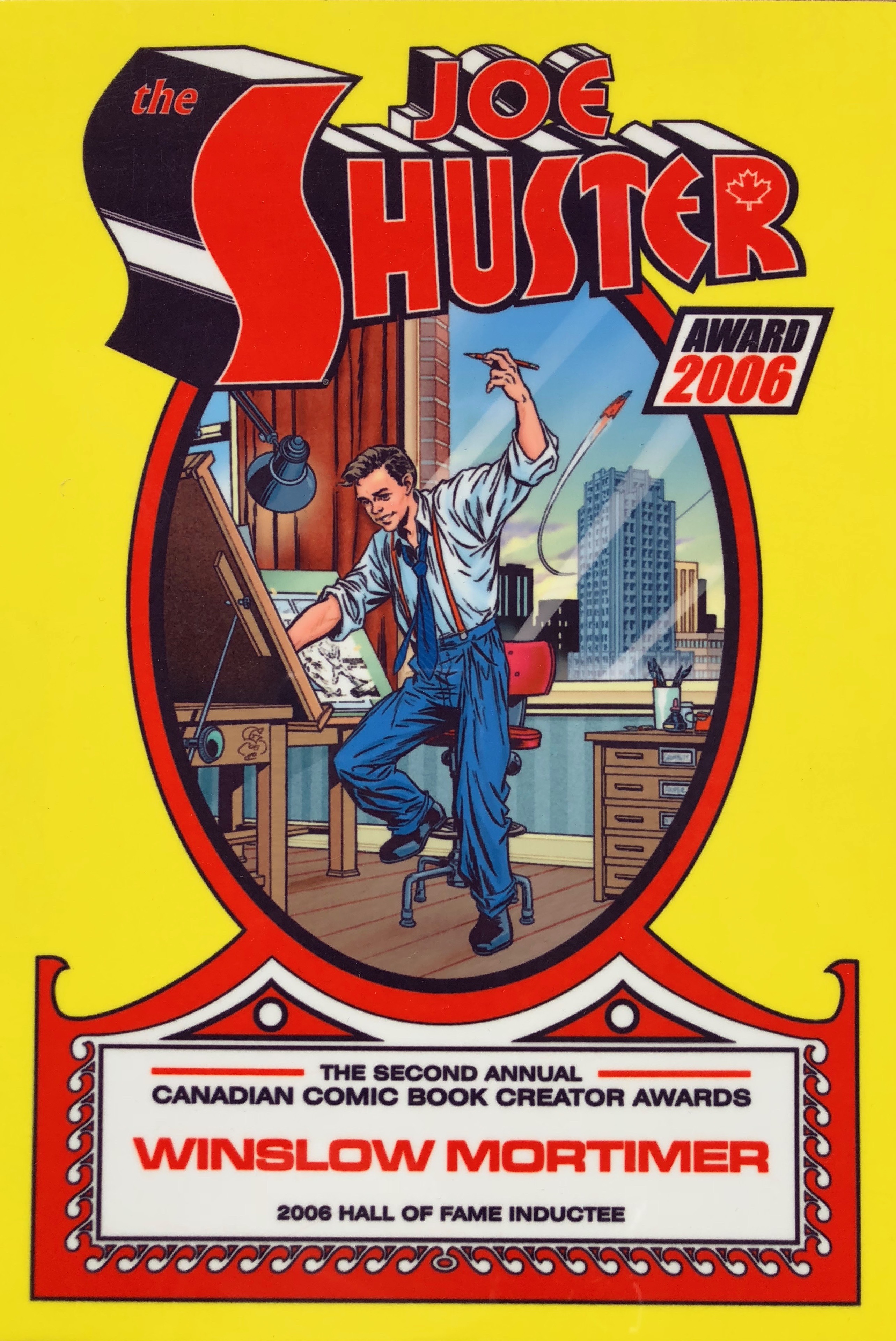 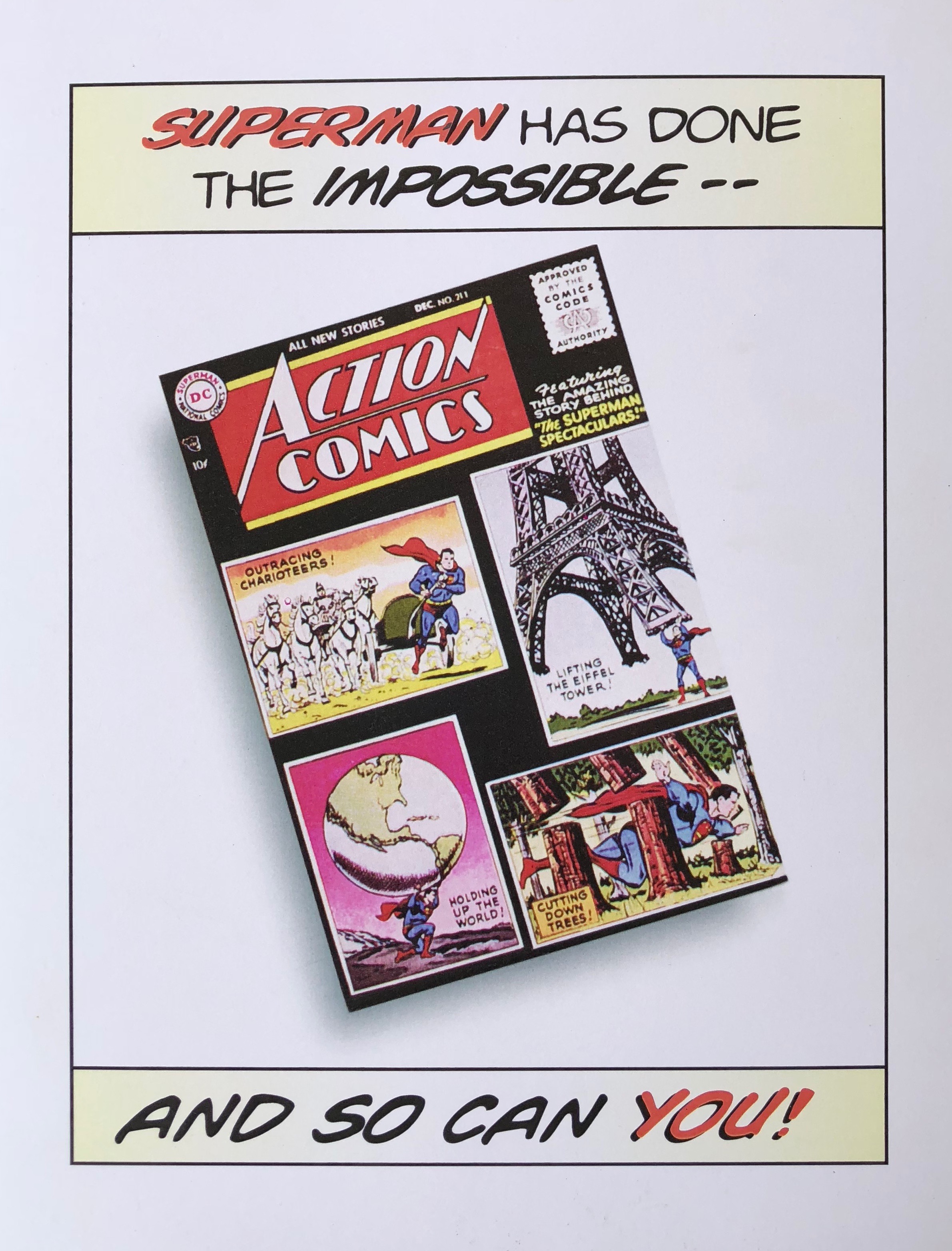 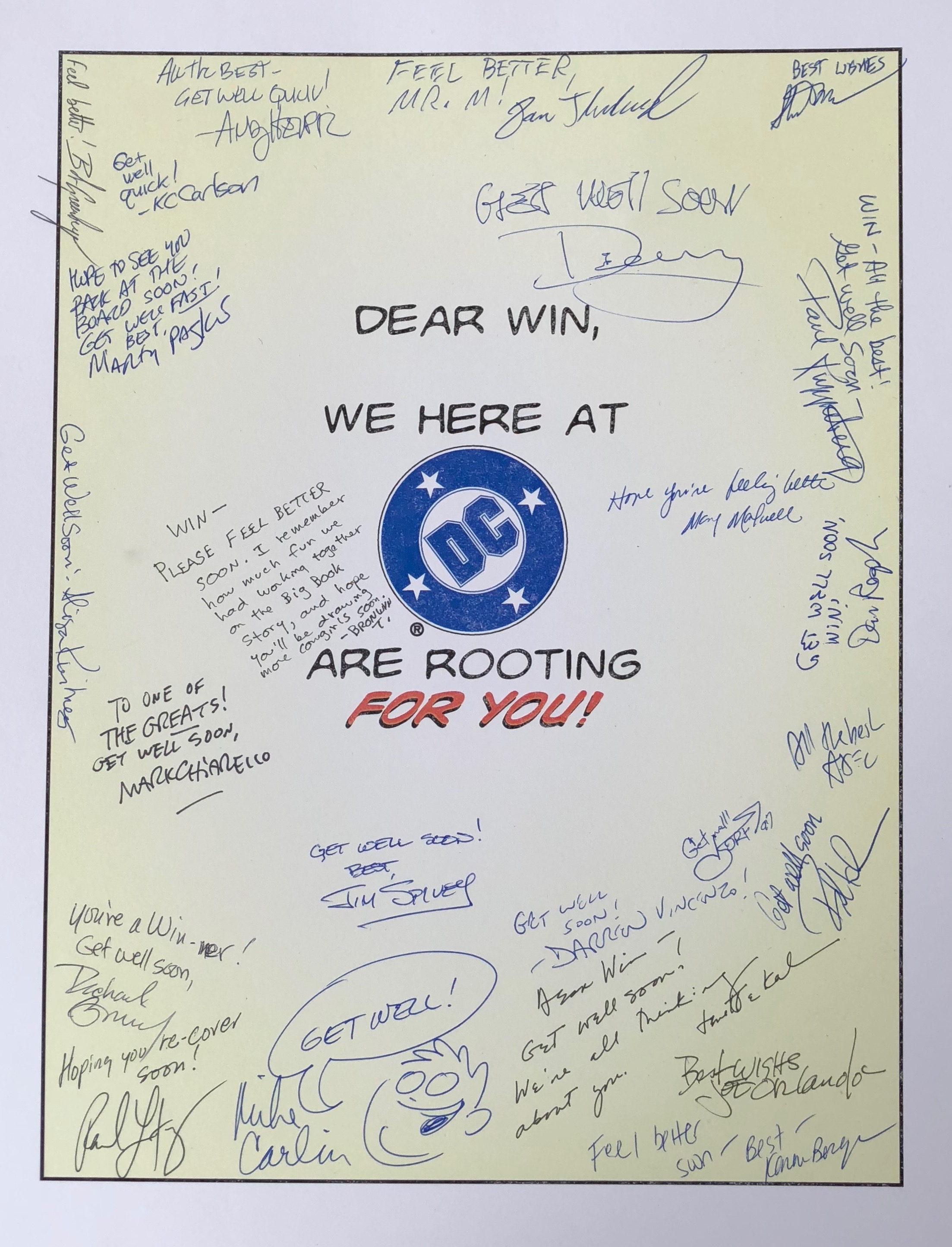 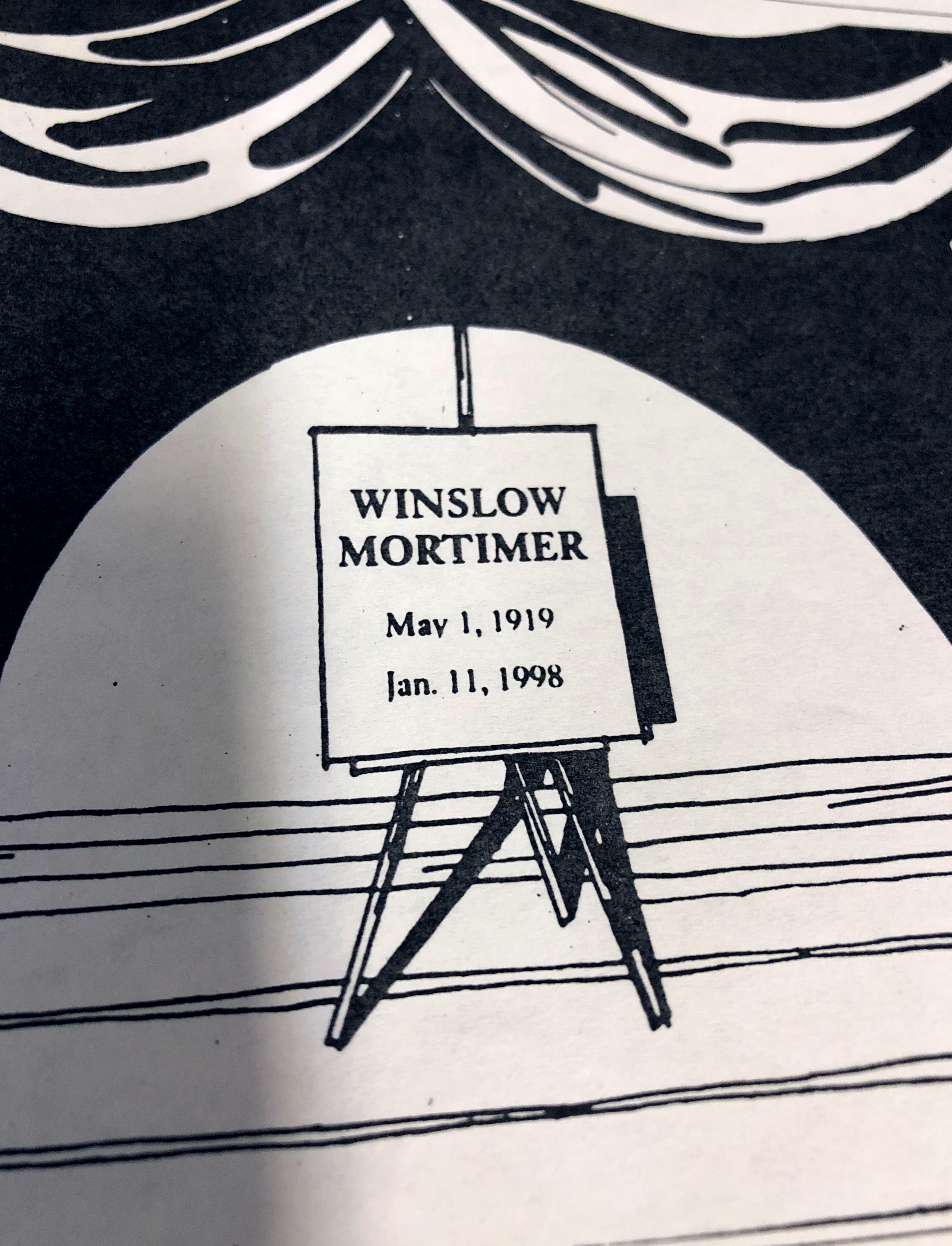